The human body works hormonally in an exceptional way. Both men and women have hormones that act similarly in the reproductive organs. As man has a predominant hormone called testosterone, women have estrogen. Women have another hormone called Progesterone that is part of the hormonal environment and is directly related to the menstrual cycles, and is very important in achieving a conception of a new baby.

Progesterone is an amazing hormone and it is especially vital before pregnancy. Progesterone prepares a women’s uterus for the implantation of an egg, helps maintain a safe pregnancy and prevents further ovulation during pregnancy.

Progesterone is a female hormone that is released by the corpus luteum, a follicle from the egg and is one of the signs of ovulation. During the menstruation cycle, progesterone levels consistently rise and fall. The level of progesterone during pregnancy has a large role for a healthy pregnancy and well-being of the mom. However, the progesterone production discontinues if the egg is not fertilized.

Why is Progesterone Important in Pregnancy

If fertilization takes place, the embryo will then begin releasing HCG (Human Chorionic Gonadotropin)to the corpus luteum, telling it to continue producing progesterone. It is essential that your body produces progesterone during the first 8 to 10 weeks of your pregnancy, as it begins and maintains the building and thickening of the wall of the uterus for egg implantation.

Progesterone During Pregnancy is Protective: Once the implantation takes place, the placenta then provides the production of progesterone. The hormone contributes to protecting the fetus from any unwanted cells, increasing the strength of the cervix and, stimulates the milk-producing breast glands, is responsible for strengthening the mucus plug, which covers the cervix to fight infection, and can prevent early contractions, resulting in a miscarriage.

Lessening of Progesterone is a signal of birth: The body protects the fetus by secreting ten to fifteen times more progesterone. As the pregnancy comes to an end, progesterone levels drop causing stimulating contractions of the uterus. These contractions will be the beginning signs of the birthing process.

Progesterone has been used also as therapy for PMS (Premenstrual Syndrome) and for women with infertility or frequent pregnancy loss.

Why is it important to maintain a high level of Progesterone?

Low Level Before and During Pregnancy, Not Good

How is Progesterone supplemented in my body?

There are three possible avenues for delivery of progesterone supplementation.

If you are trying to conceive and you want to be well prepared for a healthy pregnancy, go to your doctor in order to perform blood test that can measure your levels of progesterone. If the test results indicate low levels, this could be a warning of a possible miscarriage. 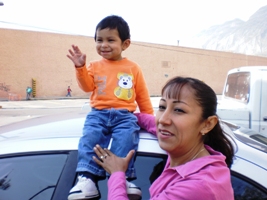